Skip to main content and our Accessibility Statement may be found in the footer of our website.
Back To News

Fourth of July Weekend; Staying Safe While Enjoying the Party

PARKLAND, FL – The Fourth of July weekend has arrived, and many Parkland residents are looking forward to gathering with friends and family to celebrate the holiday. As vaccinations continue to increase, the comfort level of being in groups has also increased for many people. 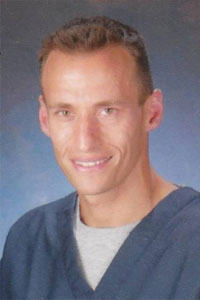 Dr. Cory Harow, Medical Director of the Emergency Department at West Boca Medical Center, says that the Fourth of July holiday always shows a spike in emergency room visits and injuries in general.

Harow says that the majority of firecracker injuries affect the eye, so one good practice is to wear protective eyewear during fireworks activities.

Swimming injuries are also on the rise during the Fourth of July weekend.

"Swimming injuries are normally the 25th most common injury in America, but during the Fourth they jump to number 5," adds Harow.

Other Fourth-related ailments include heat exhaustion, dehydration, and sunburn.

"Often times injuries spike during the Fourth of July weekend because there are a lot of parties happening, and people are consuming alcohol," says Harow. "When judgement is impaired, people will end up being a little more careless than normal, and we have more injuries and accidents."

This year, groups and parties will also be celebrating a new season as America recovers from the COVID-19 pandemic. Harow says that there are really two camps with different sets of concerns regarding COVID-19.

"If you're vaccinated, then you're really in good shape," says Harow. "Most activities are fine; just be careful if you're indoors with a large group of people you don't know. But if you're not vaccinated, you're at significant risk being around groups of people in every situation. It's an entirely different scenario for them."

In general, says Harow, "staying hydrated, not getting too much sun, being careful with fireworks, and staying away from excessive alcohol will prevent the majority of issues."

For people that experience an injury of any kind this Fourth of July weekend, West Boca Medical Center is not only just around the corner, but their Emergency Room is open 24/7/365. It welcomes both adults and children. Additionally, West Boca Medical Center features the option of a Tele-ER visit, which means people can simply log online from home and visit with doctor via the comfort of their own home.